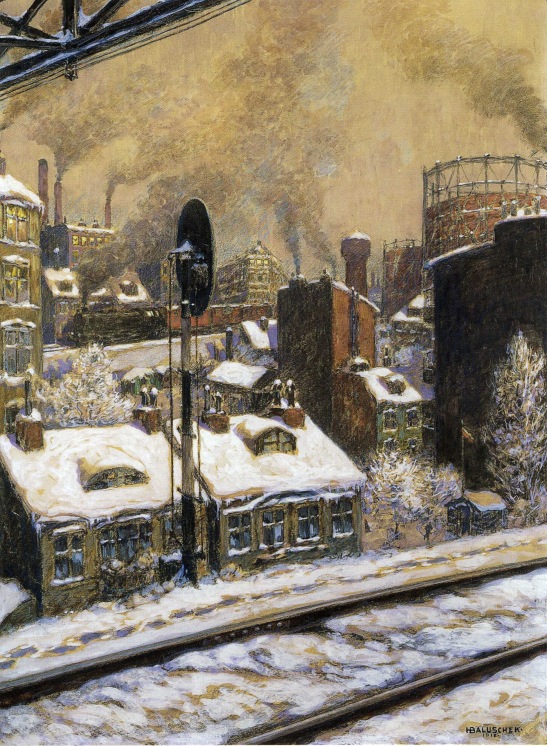 With the snowfall and the wintry weather outside the windows, let us a have look at one of the most beautiful images of the early 20th-century Berlin: the “Tiefer Schnee” (Deep Snow) by Hans Baluschek.

It was painted by Baluschek in 1918 as one of his several pictures of the Rote Insel (Red Island), a neighbourhood in Berlin-Schöneberg, closed off on all sides by railway tracks or railway junctions: Yorckstrasse in the north, the Wahnseebahn or S1 in the west, by the Berliner Ring in the south and the S2 Line to Lichtenrade/Blankenfelde as well as S25 to Teltow in the east.

The adjective “Rote” reflected the political stance of the residents – they traditionally supported left-oriented parties and groups.

The scene captured so powerfully by the artist presents the south-western end of the Rote Insel, where the Wannseebahn Line meets the Berliner Ring. The massive body of the Schöneberger Gasometer, one of the main features of the “Kiez´s” cityscape in 1918, is still towering above the neighbourhood.