GÖRLI NEEDS YOU or BATMAN, WHERE ART THOU? 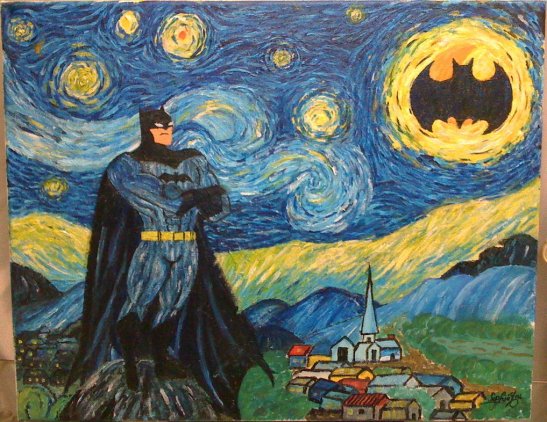 Calling On Batman on A Beautiful Starry Night (picture by sophiyou)

The portal BerlinOnline informs that on September 14th – this Saturday – all fans and supporters of Görlitzer Park are invited to help out with the cleaning of the park which, as we all know, is about as tidy as the inside of Big Lebovski´s pockets.

The event called “Our Görli – one for all…” is part of a bigger Berlin-wide day of Mach mit für ein schönes Berlin (Join in for pretty Berlin).

In Görlitzer Park extra rubbish-bins have already been installed as have plastic sacks on some of them (which means you should bring your own as nothing, and I mean NOTHING that´s not radioactive or nailed to the ground can survive in the park untouched for that long).

The motto of this civic movement campaign is “Görli needs you”. I say what it really needs is Batman. To come and take care of the drug-dealers who infested the park to such an extent that you cannot cross it without literally squeezing your way through between them. And the obnoxious tourists who might be clad in their little second-hand hipster outfits and feeding only on organic sprouts and weed but have no decency (or brains, I´m afraid) to clean their own rubbish after they´re done partying like it´s 1988 again.

Thus on Saturday, as much as I respect and support the idea, you might not catch me picking the tonnes of rubbish that we never left there. But I´ll be busy anyway: flashing that Batman sign onto the sky over Kreuzberg.