In Berlin on August 27th, 1923 the price of a litre of full milk reached the improbable level of 178,000 Mark. Which is truly peanuts when compared with the price of November of the same year when the same product would cost Berliners… 280 billion Mark (that means 280,000,000,000) – a number which I cannot even begin to imagine. I am quite sure the people of Berlin felt exactly the same way while pushing their banknote-filled wheelbarrows to the nearest dairy.

But let us have a look at something that happened 229 years earlier.

A new church is about to be built: on August 27th, 1694 the founding stone is laid for Sebastiankirche, later known as Luisenstädtische Kirche vor dem Köpenicker Tor. It will stand between Alte Jakobstrasse, Sebastianstrasse and Stallschreiberstrasse, exactly on the border between Mitte and Kreuzberg. 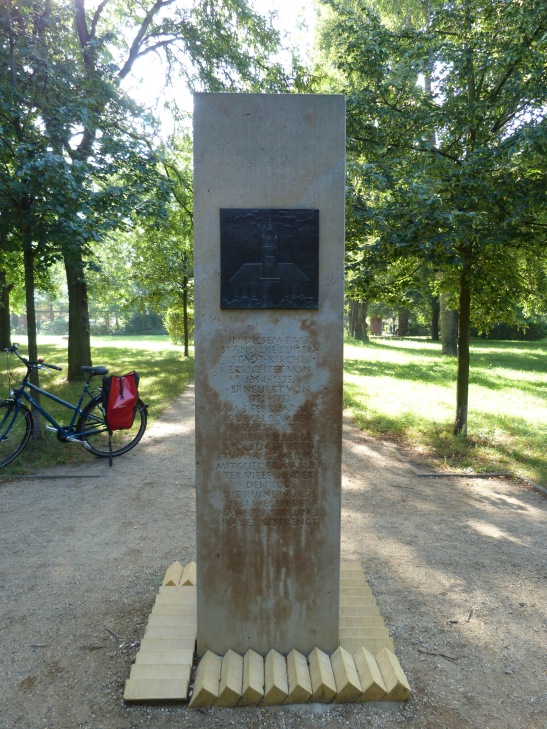 Many years later, long after the church fell prey to the blasting breath of History and the mass-scale bombing raids on Berlin in 1945, this is where the same History is going to put its next big mark: Berlin Wall and the death zone will be built here. In a sense they are still there.

The church itself or rather its ruins found themselves hostage to the East-West conflict – the place, although technically still standing (albeit heavily damaged) was banned as placed right on the border between those two worlds. Lack of money and good will to have it renovated and used led to the final act in its story. On May 29th, 1964 the old Luisenstadt Kirche was blown up and the remains removed forever.

The ruins of the church before they were blown up

5 comments on “TODAY IN KREUZBERG: AUGUST 27”